one story, of one woman, who Marched on Washington.

We pulled in to Schenectady to pick up our friend Shauna… it was nearing 11:30, any moment a man would be sworn in who did NOT win the popular vote, who does NOT represent the “better angels of our nature”, who RIPS and TEARS at the beautiful diverse fabric of my country.  This was really happening, and soon.

To begin our long journey, Shauna played this as we were heading out the door.

And so I was starting to feel fired up… ready to go.

We started our trek in on the metro, surrounded by pink pussycat hats, and I could feel the excitement build, the kind that tells you in the depths of your heart that you are a part of something big. 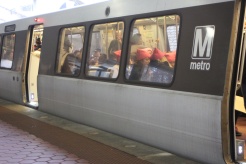 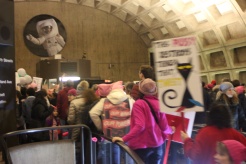 We walked out, near the Department of Ed building and made plans.  Try to get into the crowd, use the bathroom and meet back in one hour.  The density of the crowd consumed us, as we made our way to the port-a-potties, and attempted to view the jumbo-tron.

It was obvious at this point, we weren’t making it far, and needed to head back to the meeting point.  And here is where the claustrophobia starts to set in.

But, as quickly as it washed over me, it was gone, because this was a crowd of love.  Everyone was here for each other.  People would link arms with strangers to move through the crowd, everyone shouted “curb” down the line so no one tripped, and everyone, EVERYONE was hyper alert for children.  “Look out, small child ahead, watch your step.”  And this is when it hit me.  THIS is what democracy looks like.  THIS is what America looks like.  THIS is what makes us great.  A BUNCH OF BAD ASS PEOPLE SAYING TOGETHER WITH ONE VOICE… MR. TRUMP, YOU WILL NOT DESTROY THE CIVIL RIGHTS OF MY FELLOW WOMEN, AFRICAN AMERICANS, IMMIGRANTS, MUSLIMS, HANDICAPPED BROTHERS AND SISTERS, NATIVE AMERICANS, LGBTQ FRIENDS, SICK PEOPLE WANTING TO KEEP THEIR HEALTH CARE, EARTH LOVING- TREE HUGGING HUMANS, and STORNG MEN WHO KNOW BETTER THAN TO LET YOU SPEW YOUR SHITY HITLER-ESQUE HATE SPEECH.

At our meeting point I to got to spend time taking pictures of these beautiful people and their signs… OH, the signs! 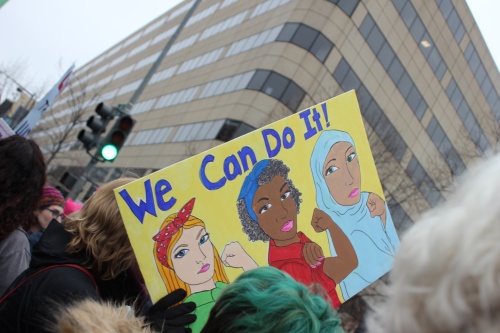 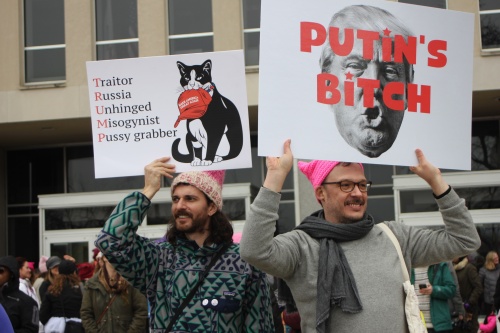 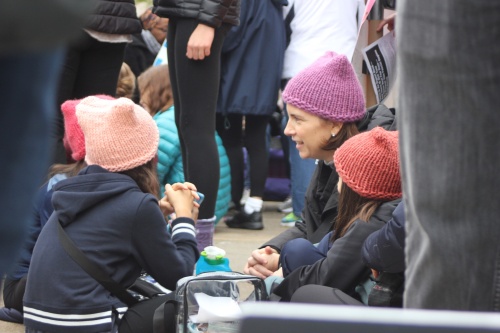 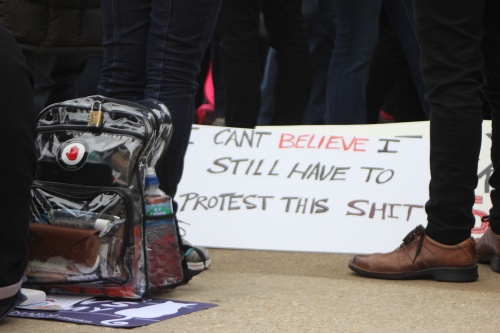 And here is where it sank in, the I am a 3rd generation activist.  My Grandfather, the minister of a Methodist church, would allow Civil Rights leaders to meet in his church, and marched side by side with them.  My mom made this same pilgrimage, to D.C., to protest the Vietnam War, and now here I was, with a tribe of women. 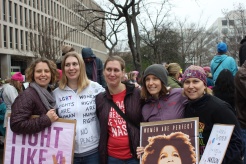 The march started, but we realized we weren’t getting anywhere.  We tried two side streets to access Independence, but it was a no go, the crowd was too big, and they urged people to make it to the Ellipse any way we could.  Up until this point, I had no idea just how big the crowd was, but as we continued, I started to see it. 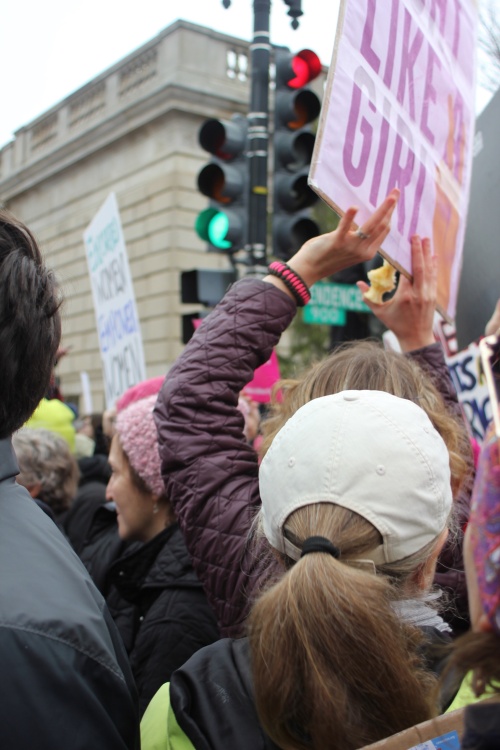 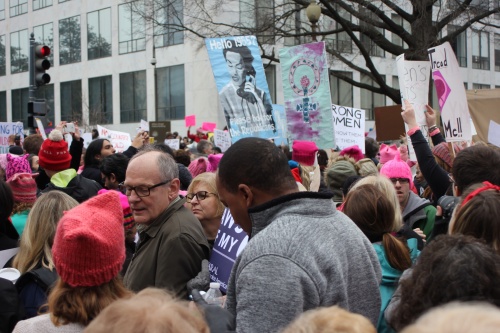 We made our way across Independence, across the Mall, across Constitution, and this is where, I pointed my camera toward the White House property in the distance… 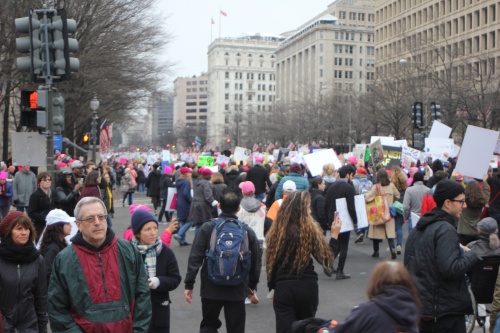 and finally to Pennsylvania Ave.  Then the Earth rose ever so slightly and I pointed my camera back down Pennsylvania to capture the people still coming toward the White House… 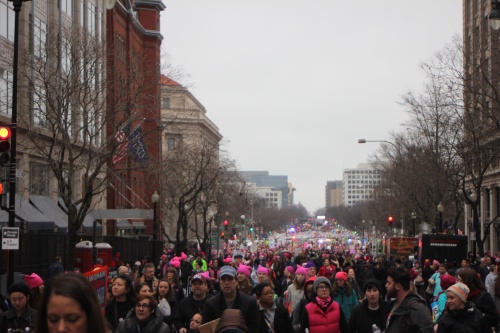 And I realized then… with this swell of humanity, we did what we came to do.

SO… if you care about any of the following: women, African Americans, Hispanic Americans and other minorities, LGBTQ people, Native Americans, our environment, our Muslim brothers and sisters, the handicap, immigrants, refugees, the over incarceration of minorities, our relationships with other countries, facts… you know facts (not opinion), Science, the state of education (have you heard DeVos?) etc… if you believe in one or five or the whole damn list, then you have an obligation to stand up, make your voice heard, and attempt to bring about change.  A President doesn’t change a nation… fed up individuals, or large groups of people saying enough is enough change a nation.

If you are looking for what you can do, PLEASE start at the women’s march website.  The main page will now be about 10 actions in the first 100 days.  The first action is to write your two Senators (postcards provided!).  Please do this even if, you live in a progressive state.  And, I have one last thing to ask you…

Are You Fired Up?  Ready To Go?

FIRED UP! READY TO GO!

Mr. President… “WELCOME TO YOUR FIRST DAY… WE WON’T GO AWAY”

P.S.  If I still haven’t convinced you that this man is dangerous, let me leave you with what Voltaire said… “Those who can make you believe absurdities, can make you commit atrocities.”

Those that make you believe Jews are evil, can make you compliant in their genocide…

Which narrative will you write?  What side of history will you be on?

2 Comments to “one story, of one woman, who Marched on Washington.”

Hey there, tell us what you think Cancel reply