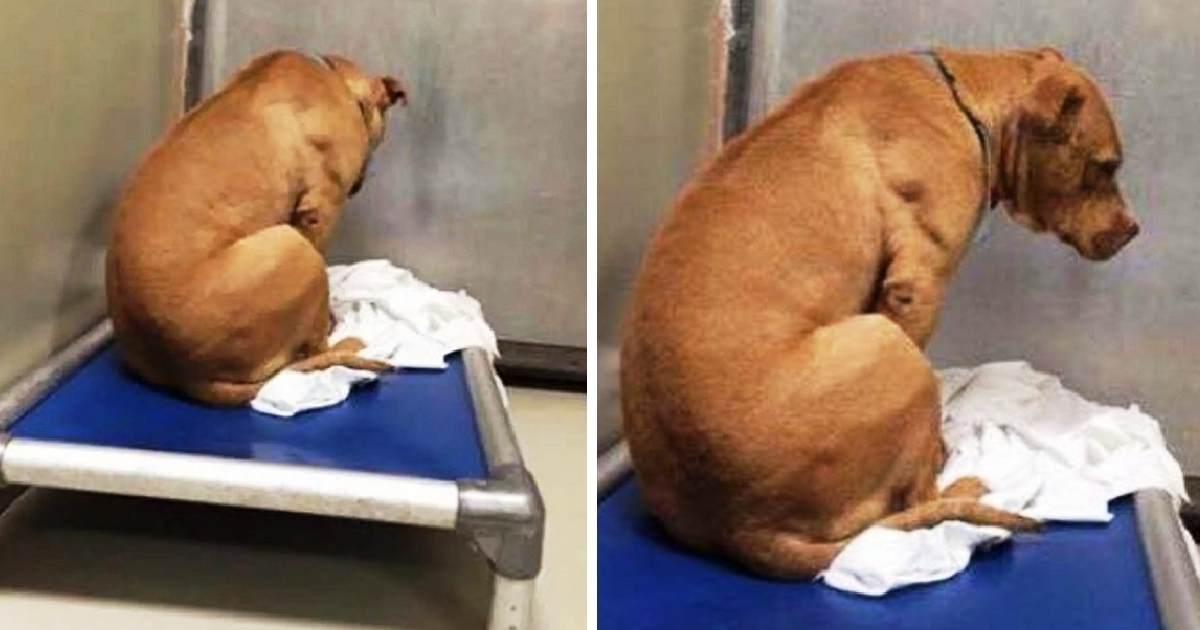 March, the homeless Pit Bull, was a placid and happy-go-lucky creature when he was initially rescued from the streets. The employees at the Philadelphia municipal shelter were optimistic that this gorgeous and well-behaved pup would soon find his permanent home. However, March’s stay at the shelter quickly turned into a traumatic nightmare.

March was not used to staying in kennels with other fearful animals waiting to be adopted. This took a mental toll on him, and his spark began to fade. The biggest setback for him was being rejected by a family who had committed to adopt him because he wasn’t as “playful” as they expected.

March was devastated to find that the family that had chosen him had later cancelled the adoption and returned him to the shelter. March appeared discouraged and unhappy after returning to his freezing kennel. He slouched to one corner and gazed hopelessly at the wall, refusing to communicate with anyone.

Dawn Timmeney, a local news reporter, decided to share March’s terrible tale on social media after hearing about him. The distressing images of March’s downcast kennel attitude drew a lot of attention in the neighborhood, and it transformed his life forever!

Within three days of Dawn’s social media campaign, a rescuer offered to take him in March before his kill list turn was due. March’s freedom dash out of the shelter was a rare moment of triumph!

March will be cared for by the new rescue, which is a no-kill group, until he finds his permanent family.

While March’s tale ends on a positive note, millions of shelter dogs are euthanized because they are unable to adjust or find homes in time.

Let us do our share by speaking up for these sad folks. Please spread the news.

Click the video below to see how March’s image as a dejected dog helped him when he was too despondent to face the world.